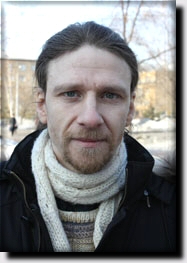 The sound on stage, the sound during the performance - for the audience is first and foremost voices of the actors, but for professionals is a complex set of issues. The site presents examples of the author of music for performances, specialized program of music for theater and articles on theatrical sound engineering practice.

Theatre work includes specialization in many directions at once. For me it sound engineering, programming and composition. Of all these activities is difficult to identify the main thing, but the program music for the theater - perhaps the most important project, which has existed for about four years.

The project is Music For Theater is the only professional, customized solutions in the area of computer based playback. In the absence of alternatives is constantly confronted with the fact that to maintain sound scores from the computer to adapt programs that do not take into account the specificity of theatrical practice.

The first specific, purely theatrical point is that it is often not very easy to determine the moment of launch of any event. It is no secret that the exact replica of the theater - it is not the rule. Programm Music for Theatre is the most simple interface, which only is possible. All replicas are started by pressing a button. Fast response recording engineer to unexpected events occurring on the stage are only possible on condition that the interface does not distract from the events on stage.

Another point is that the sound in the theater is usually a multichannel. The more individual stereo pairs are located in the hall, the more rich opportunities available to directors. Programme Music for the Theater is a multichannel solution. Any piece of sound design can be directed to any stereo pair of any sound card that is installed on your computer.

The third specific point, which refers to the theatrical practice is that almost all the productions are put on literary works. The text of the play is the foundation around which built up other elements of theatrical staging - staging, lighting, sound, choreography and much more. The program of music for theater uses as the basis of the draft text pessy, which highlighted replica sound.

The fourth, a purely theatrical point is that any performance is constantly changing from show to show. Quick to make and retain changes in the sound score - this is another feature of the program of music for theater. Accumulated changes are baggage performance, and always correspond exactly to its present state.

The idea of program music for theater emerged gradually. As you accumulate experience of sound engineering became clear that an interesting soundtrack includes work with many sound sources. However, complex change, often leading to what is required to complete the work no longer two sources of sound, and three or more.

The play, which is from three sources is not so easy to draw graphically. This leads to the fact that the score is not only complicated but also difficult to rapid change. And then was born the first thought that the text of any event must be allocated as a hyperlink, but all events must be made in a separate table. Thus arose the main interface of the program music for theater.

Already the first version of the program contains these key features - event sound score in a table occupied by the left side of the window, and the text pessy - right. I wanted to make music for theater in the main window contained a field that decodes each table cell in the current row. Thus was born the toolbar. Admittedly, the further improvement of the program was directed towards ensuring the most flexible routing of individual mono channels of any multi-channel audio.

The result was very complicated to understand and configure the interface. Soon, because of this complexity, it became clear that the operator can not always quickly resolve routing issues, and this approach was abandoned. As a result, the current version of the music for theater routed only mono and stereo sounds. Paying tribute to the traditional habit of most sound engineers have to deal with stereo sources, it had been the clarity and reliability of interfaces.

Group about porgram Music For Theatre

First of all, the program was not possible without the outstanding work of a group of programmers un4seen developments, already 11 years old are developing free library, working with audio and video streams.

Unique gift of Vladimir Stepanov - library AllLib saved time and gave an example of very long project. This is the largest collection of routine procedures, which Vladimir given away.

Individual thanks go to people who participated in the testing project and shared their thoughts on what needs to be in theater sound.

My wife - for their support and for being by her side, no obstacles are not too significant.

My Mom. For the fact that from early childhood filled the house of punched cards from the BESM-6 and by their example taught a simple truth - do not know how to program a shame.

Sergey Yermakov for the great human qualities, and for the fact that for many years for me is an invisible spiritual support.